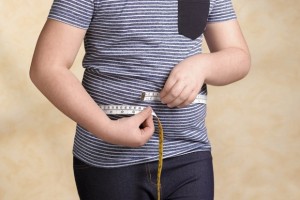 Junk food and fizzy drinks may not to be to blame for surging levels of obesity, according to a controversial study.

Academics warned that “demonising” burgers, chocolate and other unhealthy foods might militate against weight loss, and suggested that people should concentrate on reining in the total number of calories they eat.

Overall, eating more portions of junk food was found to make no difference to the waistlines of the 95 per cent of the US population who were not extremely underweight or extremely morbidly obese.

“To be honest, it was shocking to me,” said David Just, professor of nutrition at Cornell University, New York, the lead author. “We were expecting that maybe these foods had been over-vilified. We didn’t expect that [the relationship between weight and junk food] would be completely flat.

“It doesn’t contradict the idea that these foods are bad for you, and that eating too much of them is going to make you overweight. But in the scientific world we’ve just assumed this must be the main problem and fallen prey to a psychological bias.”

Professor Just and one of his colleagues examined what 5,000 Americans said they had eaten and drunk when asked at random on two different days.

When the researchers compared these answers against the participants’ body mass index (BMI), a measure of their height-to-weight ratio, they found that for the vast majority of people the amount of junk food they had eaten had little or no influence on their weight. The 1,300 with healthy BMIs did tend to eat more fruit and vegetables, however.

“To lose weight, patients are commonly told to reduce or eliminate their intake of indulgent foods, such as fast food, soft drinks and candy,” the authors wrote in the journal Obesity Science & Practice.

“Interestingly, for the majority of patients, including those who are overweight, there was no relationship between their intake of these foods and their BMI.”

Professor Just said that attempts to persuade people to cut out junk food might be detrimental to the struggle against obesity: “Diets and health campaigns aimed at reducing and preventing obesity may be off track if they hinge on demonising specific foods.”

“The take-home message from this? It’s better to downsize than to dismiss particular foods from the diet.”