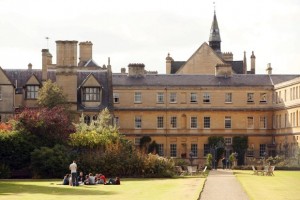 Students from top universities are vying for places on the new fast-track mental health training programme, Think Ahead.

The course, for which there are 80 to 100 places, has received 2,338 applications. Half are from students at Russell Group universities, including 80 from Oxbridge. At 23 applicants per place, this is one of the most competitive graduate training schemes; PwC, the accountancy firm, receives 16 applications per place.

Successful applicants will begin their training in July and start working in community mental health services under close supervision in the autumn. They will earn up to £18,000 from the day they start their training and up to £25,000 in the second year. They will study for a master’s degree, which is fully funded, at the University of York.

The model works along similar lines to Frontline and Teach First, which recruit elite graduates into child protection and inner-city teaching.

Think Ahead graduates will work in services run jointly by the NHS and local authorities and help the most seriously mentally ill people who suffer schizophrenia, bipolar disorder, personality disorders and late-stage dementia.

Although Think Ahead hopes that many of the graduates will remain in mental health social work, one of its attractions is that participants are mentored and helped to develop leadership skills that would be attractive to other employers.

Teach First, which has been running for more than a decade, has almost 1,700 recruits, having started with 186 in 2003. One in ten Oxbridge graduates now applies. Frontline has recruited 180 graduates to work in child protection in its third year of operation.

Experts say that today’s graduates are far more likely than previous generations to want to do something to help to improve society. It has forced many of the big companies to change how they recruit, making sure that they have charitable and volunteer programmes in place.

Think Ahead is aimed at high-flying graduates. Mental health social workers have a crucial role to play with people who are ill, ensuring that their home lives are as stable as possible and that they are given help with employment and in building social networks.

Ella Joseph, the scheme’s chief executive, said that she was overwhelmed by the response. “I’m delighted that graduates are so enthusiastic about Think Ahead,” she said. “We’ve got applicants from over 140 different universities, and we’re putting them through their paces to select people with the intelligence, empathy, and resilience to learn quickly and excel in the field,” she said.