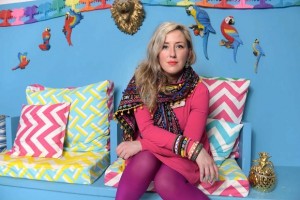 Podcasting in Ireland is still a niche medium with a tiny — though growing — audience. Dublin’s Radiomade.ie is giving new voices a chanceThe scruffy, high-ceilinged room above Grogan’s pub in Dublin’s Castle Market doesn’t look anything like the headquarters of a media movement.

There are makeshift plywood floors, an imperfect white paint job, posters for club nights and unsigned bands, and a wall decorated entirely in graffiti. And yet for the past couple of years, this rundown Victorian room has been the studio from which thousands of hours of music and chat have been broadcast, in live segments, via the internet.

Seated behind a couple of school-style tables scattered with microphones, decks, Macs and mixers are Jack Olohan and Dan Murphy, the founders of Radiomade.ie. Olohan, an actor, and Murphy, a web developer, are tapping a vein of demand for audio that neither Irish commercial radio nor RTE have been delivering — fresh, commercially-uncorrupted, wide-spectrum, riveting broadcasts and podcasts.

The podcast, of course, is nothing new. Any digital radio fan will have heard of This American Life, the super-successful American national public radio (NPR) show fronted by the foppishly intellectual Ira Glass, famous for his nasal delivery of the catchphrase, “Stay with us”. Even those who had never before discovered the joy of podcasts won’t have missed its spin-off, the investigative journalism show Serial, which broke the sound barrier for podcasting, introducing the genre to the digitally deaf and rewinding assumptions that podcasts are rambling, navel-gazing blogs read aloud.

But while podcasting may be more mainstream than ever, in Ireland it remains adored by few, and produced by fewer. Olohan and Murphy are niche broadcasters for a very niche, albeit growing, audience.

“I don’t see this as our hobby or a job — it’s a vocation,” says Olohan, who this year has appeared in Penny Dreadful, Game of Thrones and Vikings. “We never thought we’d do anything revolutionary. After all, this isn’t New York, where they love all that stuff. The Irish are traditional in what they listen to — not quite past 98FM. We feel we are catering for people who aren’t represented,” says Olohan.

When it was set up in early 2013, Radiomade was unwittingly filling a substantial gap. It now broadcasts 24 hours a day online at Radiomade.ie. To date, some 50 shows have been made in this little room. A listenership that began as negligible now hovers at the 20,000 mark and last year, peaked at 30,000. Its roots are far more humble, though.

“It began as a chat over cans in the back garden in 2007,” says Olohan. “A few of us were on the rollover from the night before and thought it’d be great to start a radio station in our gaff. Stick an aerial on the roof type thing. That was before we knew what a podcast was.”

The first actual recordings were made by Olohan and his friend Aran. “It was me and him and a bottle of wine, talking into the microphone of a Mac. That’s how basic it was. Actually Aran played me back one of our old podcasts the other day. I was half scarlet listening to it and half thinking, wow, that’s pretty good,” says Olohan. “Eventually we needed a website to put our recordings on.”

This is where Murphy came in. Olohan describes him as “the first kid in school who knew Napster and could burn you a CD. He knew his way around a computer.” Murphy made a basic website template with links to podcasts. By the time Olohan had progressed to a more complex website, his team was drifting away. “Aran was in college, my former girlfriend Tara, who was also involved, moved to Berlin and another friend set up This Greedy Pig, the clothing brand. I found myself on my own, with a website but zero know-how.”

“I was fiddling with the laptop one day, and Dan was on his computer, when suddenly the stuff coming through my computer could be heard coming out of his — with a five second delay. We were broadcasting live,” Olohan says.

Murphy came on board full time and feeling as though they had struck oil, the pair were enthused enough to chance their arm and apply to Dublin City Enterprise Board for funding. To their amazement, they scored a €7,000 grant.

“We thought, woah! We’re going to make this go a long way. We found a premises and went straight to Ikea and lost the plot and spent a grand.

Olohan says the location — first above the Porthouse restaurant on South William Street and now above Grogan’s — was key. “We didn’t want to be out in Clondalkin or somewhere. We wanted to be in town, where lots of creative people are around us.”

For the first three months of Radiomade in its official form, Olohan was on the mike from 10am to 3pm daily. “Those early days were great. Me and Dan would come in in the morning with our takeout coffees, just beaming at each other, delighted with our lives. We weren’t on Facebook farting about, we were testing things and resolving issues. We’d fix one thing, and another would break.” DJ friends of the pair would stop by and do a set, but were encouraged to get on the mike and speak to their tiny audience of friends and family. Soon, word spread and wouldbe broadcasters began asking to do shows. The schedule filled up with slots about gaming, film, music, sport, health and general geekery. “We even had a podcast about yoga at one stage,” muses Murphy.

In the past week, podcasts uploaded have included The Co-Present, fronted by Dwayne Woods, which last week featured DJ David Kitt in the studio; Omar O’Reilly and Oli Drakeford’s Paradigm Dublin radio show; Mick Francis’ Beatle Bug Show, which focusses on the music and history of the Fab Four; Hugh O’Reilly’s A Passage to Indie and Swan and Cian Sweeney’s Blood on the Luas Tracks, featuring a live performance from Australian musician Jules Sheldon.

“The show is like an outlet for me to get people into the kind of music I enjoy listening to,” says Sweeney. “We theme them; we’ve done a few on weirdos of rock — Captain Beefheart, Ariel Pink, stuff like that.”

In the evenings, many of the presenters pop downstairs to Grogans pre-show to order a few pints, which they sip between chatter on the mike. The entire operation has an underground, low-rent facade that belies the team’s healthy ambition, and a solid awareness of the importance of what they’re doing.

“We ask that our broadcasters are never racist, homophobic or sexist. We encourage debate,” says Murphy. “Even though we would be quite left-minded, like our listeners and friends, we try to remain objective. During the marriage equality campaign we asked someone from the No side to come on the morning show. They didn’t end up coming, but the offer was there,” he says.

Most Wednesday nights for the past year, Dublin DJ Sally Foran (known as Sally Cinnamon) and her co-presenter Gareth Nolan have been broadcasting as White Noise and Whatnot.

“I used to work in an office with the radio on in the background, and realised Irish radio can be crap. I’d spend the day sliding from station to station and thought, wouldn’t it be great to have one that you really love? That’s Radiomade,” says Foran. The format is simple: the pair pick a theme each week and select a playlist of songs to play for each other, followed by casual banter.

“We buzz off each other. There’s no censorship, so we can swear if we like — although we try to behave ourselves — and it’s very natural. That makes for better, more comfortable listening.”

For Foran, podcasting has an upside notassociated with a one-way medium. “Buddies based in Berlin, the US and Sweden say they live for the show, and tune in every week, to feel like we’re all hanging out again. They’ll drop me a line to say ‘It was good to have your voice in my kitchen today’. If only six people download the show, I’m happy if it’s those six,” she says.

Olohan and Murphy do not attempt to own their presenters or the content, and they’ve seen talent cut its teeth at Radiomade and move to paid presenting on commercial radio. “Shows evolve and people move on to the likes of Today FM, TXFM or RTE Digital. We’re chuffed they were here first. We’ve nothing but pride,” Olohan says.

Radiomade also fundraises for charity, including a few attempts to get into the Guinness Book of Records. Olohan and Murphy ran the New York marathon, and Olohan undertook 218 interviews in 24 hours to fundraise for Movember. “We had a spreadsheet of the people coming in, for five minutes each. When we had a gap someone ran down to the street and grabbed the guy from the Christmas jumper shop. I was like, ‘Er, so, what’s it like to work in a Christmas jumper shop?’ The record stood but it was smashed by a guy in Italy a month later.” The team also did a non-stop 60-hour chat show. “The recording was corrupted, so we didn’t make the record but we made money for charity. But by God, we will get into that book one day!”

The station is at a turning point. Radiomade is spreading its wings, evolving into a media company, given it’s in the unique position of finding and showcasing the newest Irish music. But broadcasting on a volunteer basis isn’t sustainable without a cash injection. “It’s hard to manage a full schedule, and everyone here is working for free. We need an income stream to keep doing it.” Olohan’s plan is also to focus more on slick, well-edited podcasts that bypass the raw and sometimes messy feel of any live show.

“We used to be really into the idea of our broadcasts picking up the noise from Grogans and the buskers on the street below on a Friday night, but now we’re going to look at proper soundproofing, starting with those windows,” he says, pointing to the aged, single-glazed Victorian opes that overlook Dublin’s bustling creative quarter. “Who knows if we’ll be doing this in 10 years’ time. But for now, we are using our spare time well rather than pissing it up against a wall.”